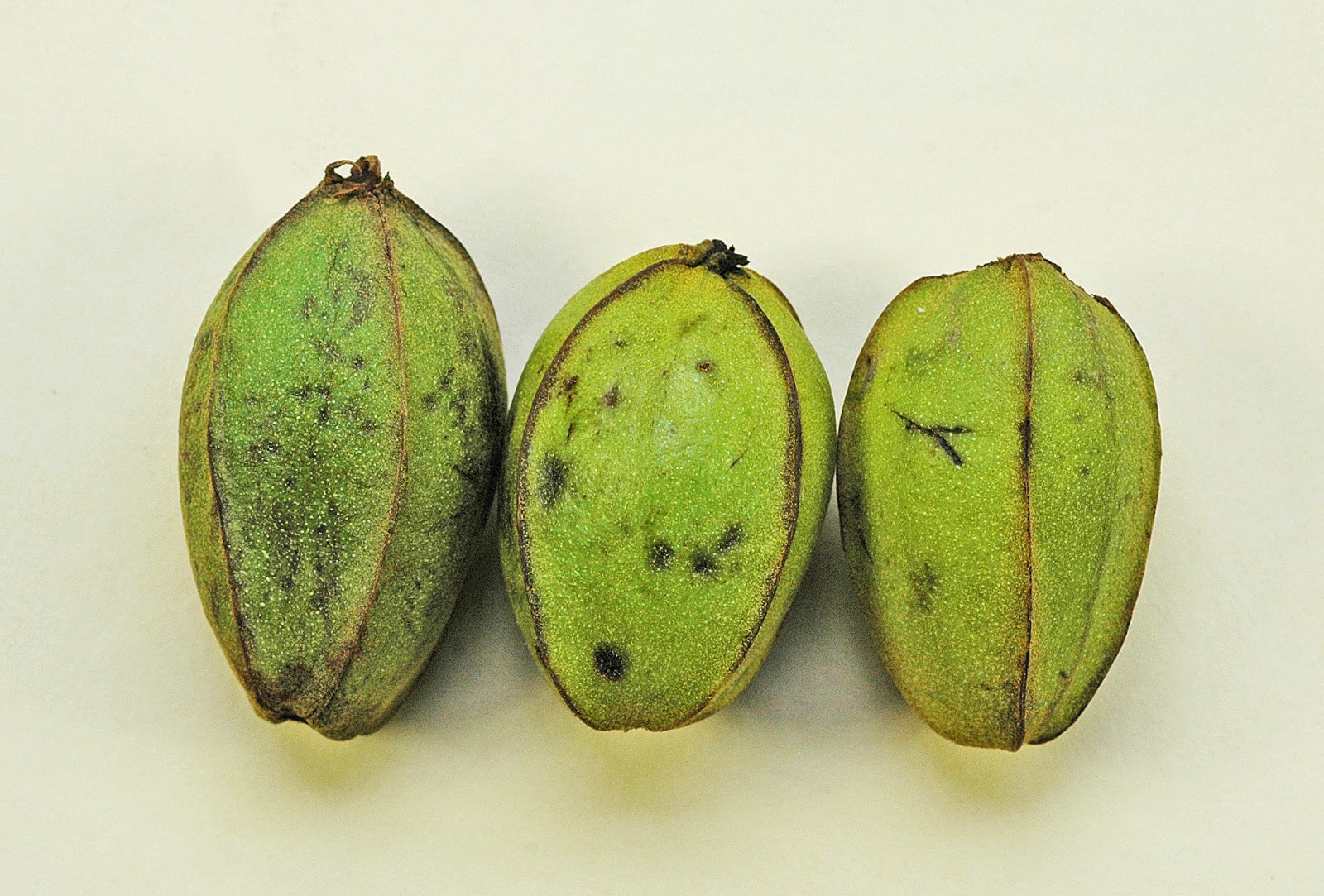 Over the past week, I've noticed  quite a few green pecans have dropped to the ground (photo at right). Since all our pecans are still in the kernel expansion phase of nut development (i.e. the water stage), any insect that punctures the nut will cause nut drop. At this time of year we have three insects currently feeding on nuts; hickory shuckworm, pecan weevil and stinkbugs. I picked up a handful of dropped pecans and used my knife to determine why the nuts were aborted. 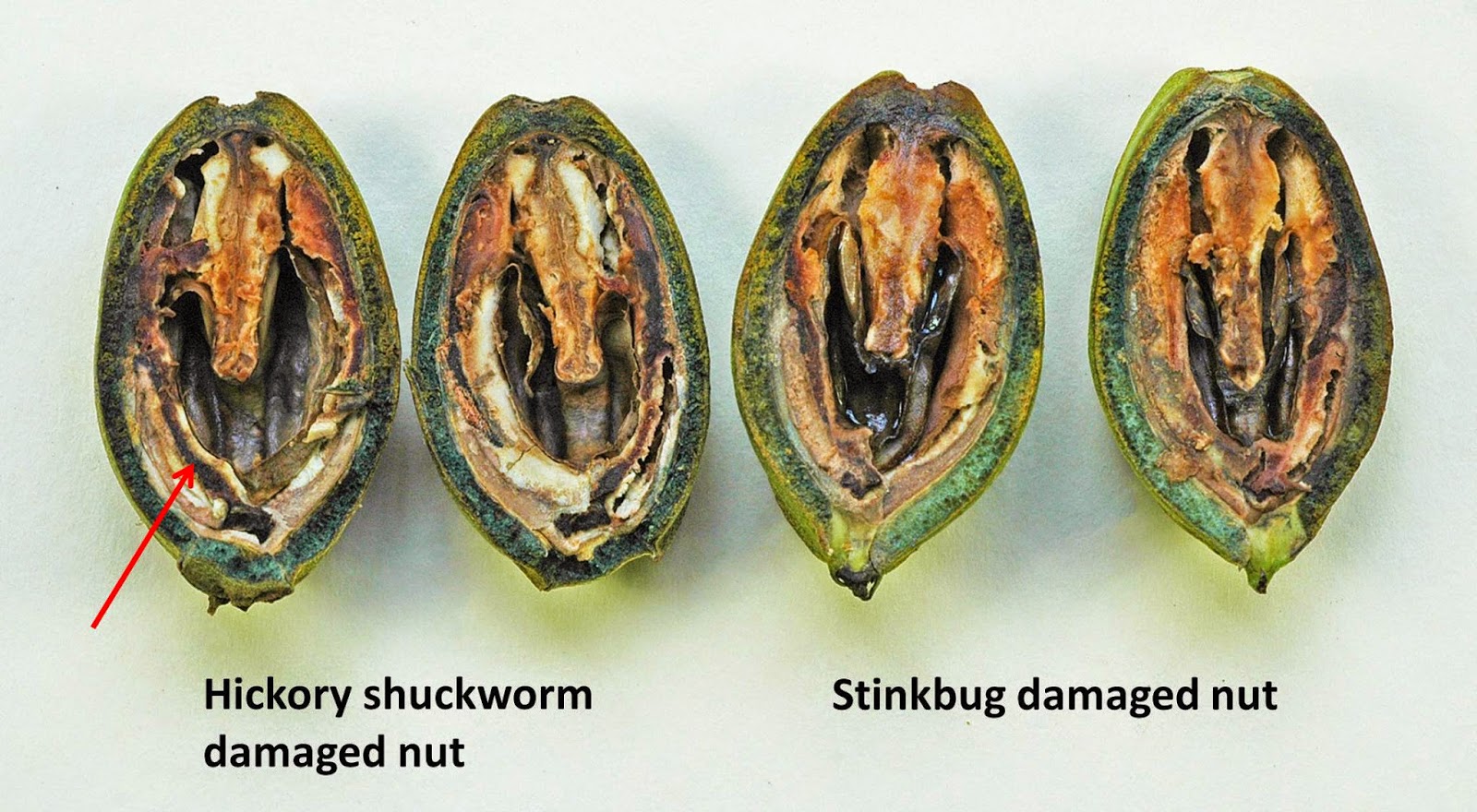 In our orchard, the vast majority of nuts dropping from trees were damaged by stinkbug feeding. I also found evidence of hickory shuckworm activity. Nuts damaged by stinkbug were still filled with embryonic fluid (water) but the inside of the seed coat had turn dark brown to black in color (nut on right in photo above). In contrast, hickory shuckworm infested nuts were dry inside and I could see signs of larval tunneling. In the photo above, the red arrow points to a tunnel created by the shuckworm. I did not find any weevil punctured pecans in our orchard.
We will be spraying the orchard this week to combat shuckworm and stink bug. We'll use Warrior II insecticide at the rate of 2.56 oz/acre.
Posted by William Reid at 5:05 PM