Kernel fill progressing with the return of summer heat 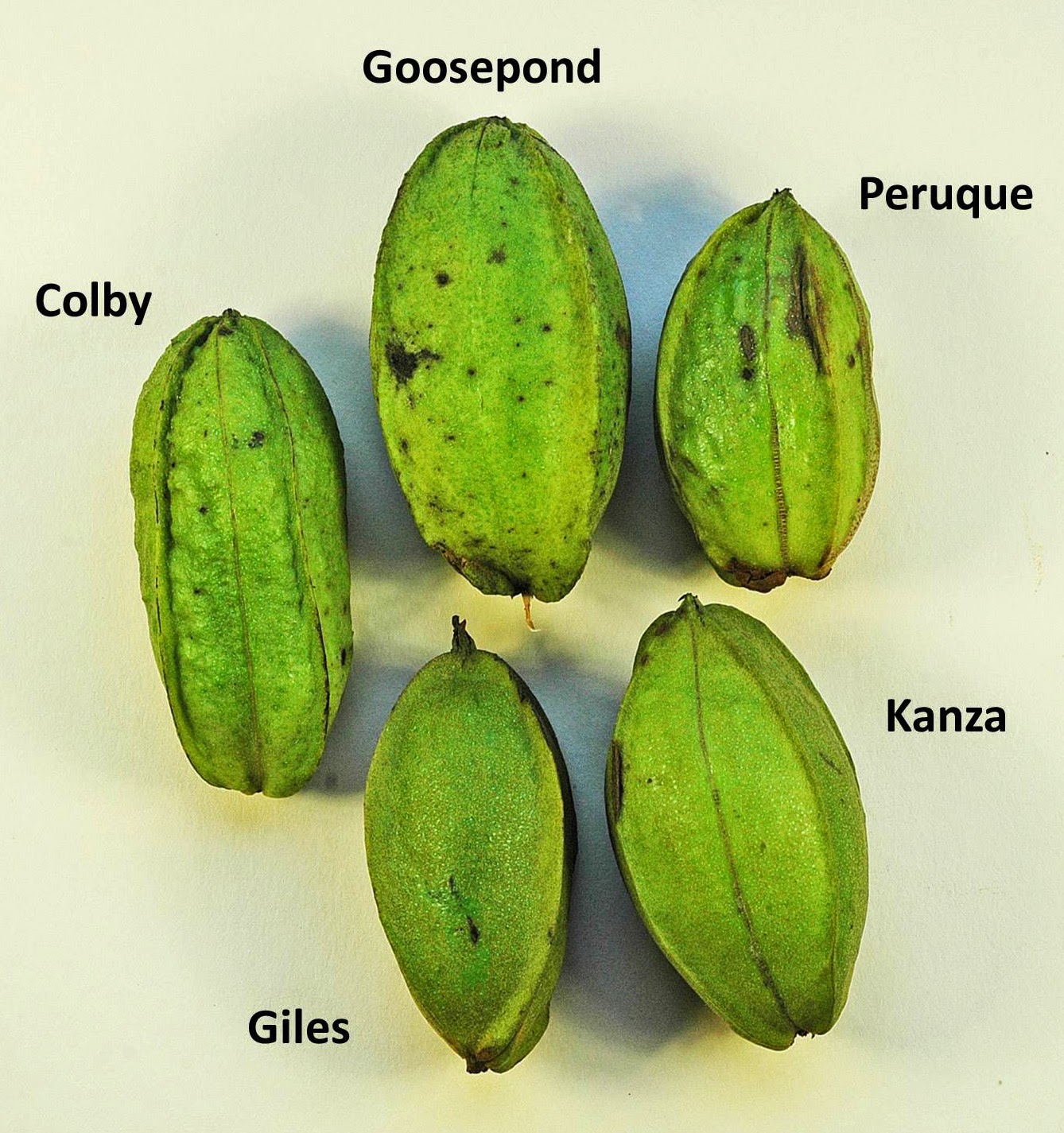 This week's high temperatures, especially night-time temperatures that didn't drop below 75 degrees F, have helped pecan nut development advance. This morning I collected nuts from 5 pecan cultivars to check on stage of nut development (photo at right). Of the cultivars I harvested, only Giles nuts are still expanding in size. Colby, Goosepond, Peruque. and Kanza have all completed nut expansion and are now filling kernel. 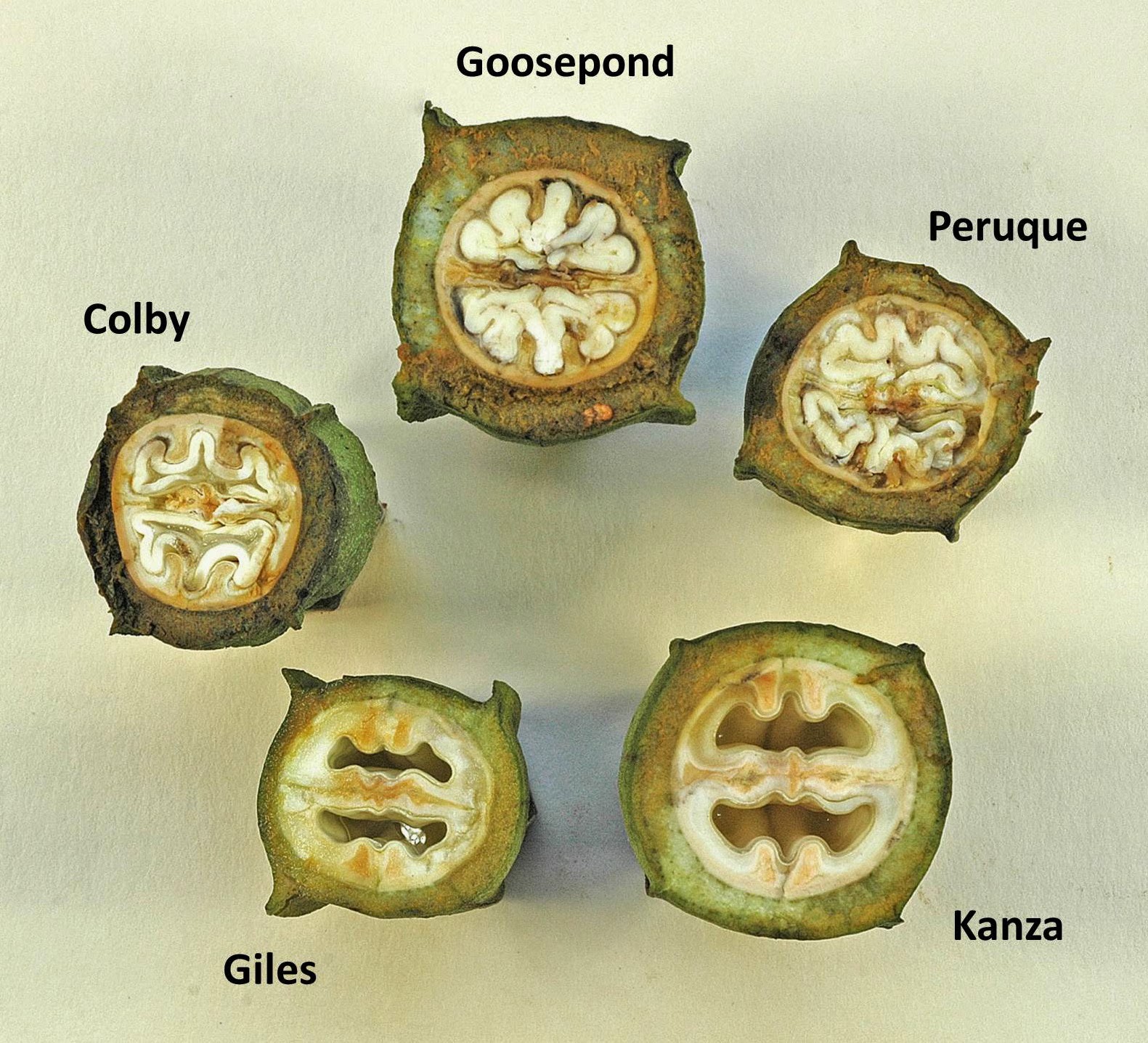 By cutting each nut in half I could see how these 5 cultivars were progressing in terms of kernel fill (photo at left).  It looks like Goosepond has almost completed kernel filling while Peruque has only a slight crease down the middle of each kernel half to fill. In comparing Goosepond and Peruque, look carefully at the inner shell partition that separates the two halves of these pecans. Notice how the inner partition in the Goosepond nut is thinner and has turned dark brown in color as compared to the thicker, light-tan partition in the Peruque nut. A change in color of the middle septum, from light to dark, is an indication that nut kernel expansion has fully compressed the inner packing material inside the shell.
The Colby nut has developed some solid kernel but you can still see the translucent 'jelly' layer that indicates rapid deposition of new kernel material. The slight thickening of the seed coat  (a thin jelly layer) reveals that Kanza has only just begun kernel deposition. The kernel of the Giles nut is still expanding and the nut has not yet reach full water stage.
This year, kernel development seems to be behind schedule. Although we have suffered through some stifling heat this past week, the summer of 2014 has been cooler than normal and those cool temperature have retarded nut development. Lets hope we catch up before frost hits this Fall.
Posted by William Reid at 5:21 PM